For various reasons, federal employees and military service members who own a Thrift Savings Plan may decide to rollover their funds to an IRA or an employer-sponsored tax-deferred plan, such as a 401(k).

There are two broad ways to accomplish such rollovers: direct rollovers and indirect rollovers. Though these rollovers are permitted by the IRS, there are various rules and regulations guiding them. Failure to comply with these rules can lead to extra tax liabilities and penalties.

Consider the rules, advantages and disadvantages of TSP rollovers when making this financial decision. 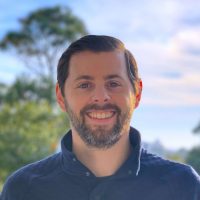 Whether you are rolling money over from a TSP, 401(k) or another employer-sponsored retirement plan, it is important to process your transfer properly. Transferring assets can mean easier management and more control, but only if you can avoid premature taxes. Speaking to your plan sponsor or a financial advisor to help you manage the process will reduce your stress throughout.

How Does Transferring a TSP Work?

The other type of TSP is the Roth TSP.

Traditional TSPs and Roth TSPs differ when it comes to rollovers.

Now that we have seen how traditional and Roth TSPs work differently when it comes to rollovers, let’s consider how the rollover process itself takes place.

Direct Rollover for Your TSP

Whether the holder of a TSP is transferring to an IRA or an employer-sponsored plan, there are two main ways to execute a rollover. One way is called a direct rollover.

A direct rollover can occur in two ways. First, it can be a trustee-to-trustee transfer where the TSP holder instructs the plan administrator to make a direct transfer to an IRA or employer-sponsored plan. This method does not require the liquidation of underlying assets.

In this case, a direct rollover does not come with any tax implications. Since the receiving account is a pre-tax contribution account, there is no need to pay tax on the amount rolled over until such funds are withdrawn from the new account.

In contrast, when a direct rollover is made into an after-tax contribution account (Roth employer-sponsored plan or Roth IRA), the tax must be paid since only after-tax funds can enter into such accounts.

In that case, the TSP holder must include the amount rolled over as part of their taxable income for the year for onward payment of taxes. There is no tax withholding in direct rollovers, so the plan holder must remember to take this step.

Indirect Rollover for Your TSP

An indirect rollover occurs when a TSP administrator liquidates the underlying assets and writes a check in the name of the plan holder. Here, the plan holder is responsible for depositing the money paid in their name to the new account.

Consider the consequences of indirect rollover by comparing what happens with pre-tax and after-tax contribution accounts.

For all indirect rollovers, the administrator must deduct 20% tax withholding on the amount rolled over and write a check for the remainder.

The plan holder must deposit these funds (including the portion that has been withdrawn as tax) into the new pre-tax contribution account within 60 days.

If the plan holder completes the rollover in line with the 60-day rollover rule, they are due to receive a refund of the taxes already paid, since the receiving account is a pre-tax contribution account. In this case, taxes will only be paid when a withdrawal is made from the new account.

However, there are consequences if the plan holder violates the 60-day rollover rule.

If the plan holder does not deposit any of the funds into the new account, the rollover will be taken as a withdrawal. In addition to the taxes withheld, the plan holder will pay an additional tax to make up the actual tax due on the amount withdrawn.

Again, only traditional TSP holders can rollover into a pre-tax contribution account.

For an indirect rollover into an after-tax contribution account, the plan holder is liable to pay tax on the amount rolled over since the receiving account only holds after-tax funds.

If the plan holder deposits the entire amount into the new account, they will still be liable to pay the difference between the actual tax liability on the amount rolled over and the amount of taxes withheld.

On the other hand, if the sending account is a traditional TSP and the plan holder does not deposit the funds in line with the 60-day rollover rule, the transaction will be treated as a withdrawal. Since taxes are payable on a traditional TSP at withdrawal, the plan holder will still pay the difference between the actual tax liability and the amount of taxes withheld. If the withdrawal is not a qualified distribution, a 10% penalty will also apply.

However, if the sending account is a Roth TSP and the plan holder does not deposit the funds, no taxes will be due and the amount of taxes withheld will be recovered from the IRS. This is because tax has already been paid when the money entered the Roth TSP. Nevertheless, a 10% penalty may apply if it’s a pre-mature withdrawal.

If these options do not fit your current needs, consider alternative choices. Employees leaving a federal government or military service job can do the following instead of rolling over their TSP funds into an employer-sponsored plan or an IRA.

Other Options for Your TSP

If a direct or indirect rollover does not seem appropriate for your financial situation, consider other options when dealing with your TSP.

Leave the Funds in the TSP

As long as the funds in the account are more than $200, plan holders can keep their TSP even though they can’t make new contributions. The funds will continue to grow and they can start withdrawing at retirement or when they are 59 1/2 years old.

Plan holders already 59 1/2 years old or above can just cash out the funds in their TSP with no penalty payment.

However, if it’s a traditional TSP, they will pay tax on the withdrawal; for a Roth TSP, no tax will be due.

Pros and Cons of Transferring or Rolling Over Your TSP

Understand the pros and cons of rolling over your TSP before making a financial decision.

Wider Investment Choices
IRAs provide a wider pool of investment assets from which retirement planners can choose. With self-directed IRAs (SDIRAs), investors have more options.
More Control
Similarly, IRAs, especially SDIRAS, give investors more control over their own retirement planning.
Escape from RMDs
Roth IRAs do not have RMDs. Investors looking to allow their retirement funds to grow for a long time can benefit from rolling over from a TSP into a Roth IRA.

Higher Fees
TSPs tend to have the lowest administrative fees; therefore, a rollover to an IRA or an employer-sponsored plan might mean higher fees.
Complications
As we have seen in the previous sections, TPS rollover, especially indirect rollover, can be complicated. And any mistake can result in unplanned tax or penalty payment.
Loss of important Options
TSPs, like 401(k)s, provide an option to take a loan as well as an option to retire at 55 and start withdrawal at that age. IRAs do not provide these options. Therefore, unless the rollover is into a 401(k), these important offers may be lost.

Should You Transfer or Rollover Your TSP?

If you are satisfied with the current choices your TSP offers, it might be better to leave it and enjoy the lower fees.

However, if exploring more investment options and exercising more control is a priority that is more valuable than lower fees, you could rollover into an IRA.

Similarly, if you want to continue working into your 70s and don’t want to start making RMDs at 72, rolling over into a Roth IRA might make more sense despite the higher management fees.

If you think you have a better use for the money, you might decide to cash out (and pay the tax applicable, if it’s a traditional TSP) instead of rolling over or leaving the funds in the TSP.

The right answer depends on your individual circumstances. Speak to your financial advisor before making a choice.

Join Thousands of Personal Finance Enthusiasts
Because missing important news and updates could cost you.
STAY IN THE KNOW
Call Now: 855-995-1277

If you are interested in learning more about buying or selling annuities, call us at 855-995-1277