Terry Turner is an Emmy-winning former television journalist with more than 30 years of experience.

Prior to joining Annuity.org, Terry wrote about annuities, Medicare and other retirement planning issues for the APEX award-winning website RetireGuide.com. He holds a financial wellness facilitator certificate from the Financial Wellness Foundation and the National Wellness Institute.

Terry won an Emmy for producing an episode of a television program for the Pentagon Channel, which was part of the U.S. Department of Defense. He was also named a 2020 Marcom Awards Platinum winner for his expose of how vaping giant Juul used tobacco industry documents as a blueprint to market vaping products to teens.

In addition, Terry was a 2018 Digital Health Awards Silver winner for his investigative report on the overprescribing, marketing and overuse of dangerous heartburn medicines. 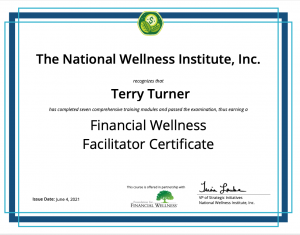 If you are interested in learning more about buying or selling annuities, call us at 866-528-4784